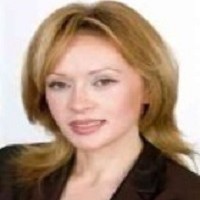 Dana is the Managing Director of LBC Energy Advisory based in London and the Chairperson of Energy and Infrastructure Group, European Women on Boards based in Brussel. Having started as an Associate M&A Energy with Lehman Brothers in New York in August 2001, Dana’s sole focus over the past 20 years has been in Energy, Infrastructure and Renewable Energy Technologies, with Lehman Brothers, McKinsey & Co. (serving Royal Dutch / Shell in New York, London, Amsterdam and Hamburg), UBS M&A Energy and ABN Amro M&A Energy, where she served as Head of M&A Energy. Dana’s truly Global cross-border deal sheet includes BP’s petrochemical divestitures in the USA, UK and Europe, Royal Dutch / Shell’s strategic actions in Europe, a series of Energy IPOs on New York and London Stock Exchanges, various M&A mandates for Middle Eastern and Asian NOCs and others. Since 2016, Dana’s predominant focus has been on Hydrogen. Currently she works on mandates in Hydrogen Infrastructure and Technologies in USA and EMENA. In addition, Dana has also served as the Founder Freeman of the Guild of Entrepreneurs of the City of London supporting the Lord Mayor to encourage the growth of the City