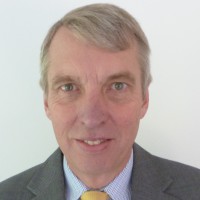 Martin Lambert is a Senior Research Fellow at the Oxford Institute for Energy Studies. Within the Natural Gas Research Programme at the Institute, he leads their work on renewable gas and hydrogen. Since leaving Shell in 2016, in addition to his work with the Institute, Martin works as an independent consultant specialising in the international gas and LNG business.
Martin’s 34 year career with Shell included several senior leadership positions in the gas, LNG and biofuels businesses. He spent around half his career overseas, including assignments in Germany, Japan and the Philippines. From 2011 to 2015 he was seconded to North West Shelf Australia LNG as Senior Vice President Marketing.
Martin holds an MA in economics and engineering from the University of Cambridge in the UK.