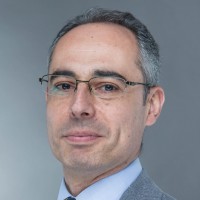 Marcello Contestabile is Principal Economist at the Qatar Environment & Energy Research Institute (QEERI), where he leads economics and policy research, and a Visiting Fellow at the Imperial College Centre for Energy Policy and Technology (ICEPT), where he previously served as a Research Fellow. He has nearly 20 years’ experience working on techno-economic and policy analysis of low carbon technologies, particularly battery electric and hydrogen fuel cell vehicles and related infrastructures. He has served in research organisations, consultancy and government in the UK, Europe and the GCC.

Marcello has held multiple research grants in the area of hydrogen energy, sponsored by the UK research council, the European Commission and industry. He has been a member of the London Hydrogen Partnership and of the Working Group on Sustainable Hydrogen Production of the European Hydrogen and Fuel Cell Joint Undertaking (FCH JU).

Marcello holds a PhD in Energy Policy and Technology and an MSc in Environmental Technology, both from Imperial College London, and a degree in Chemistry from the University of Rome.