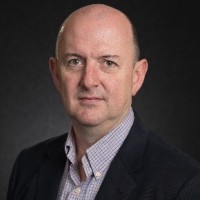 Dr. Hartley is the leader of CSIRO’s Hydrogen Industry Mission. In this role, he is responsible for developing the strategy and operating model for a major new national initiative which is focussed on delivering R&D partnerships which enable the scaleup of Australia’s domestic and export hydrogen industries.
In 2018, whilst leading CSIRO’s Hydrogen Energy Systems Future Science Platform, he worked with the Chief Scientist of Australia, Dr. Alan Finkel, leading the taskforce which delivered the briefing paper ‘Hydrogen for Australia’s Future’ which was presented to the Council of Australian Government’s (COAG) Energy council in August 2018, and which laid the foundations for the development of Australia’s National Hydrogen Strategy, which was subsequently delivered and adopted by federal state and territory governments in November 2019.
Also in 2018 he co-led the development of CSIRO’s National Hydrogen Roadmap. This seminal study was the first in Australia to bring together industry and government groups to perform technoeconomic evaluation of Australia’s potential hydrogen value chains (including export). It has been highly cited nationally and internationally. In 2019, he conceived and co-authored the study ‘Hydrogen Research, Development & Demonstration: Priorities and opportunities for Australia’ which was delivered in November 2019 as an input into Australia’s National Hydrogen Strategy.
Since then he has given more than 30 invited and keynote presentations on hydrogen related topics, appeared in both print and electronic media, and is a frequent advisor to government and industry hydrogen industry initiatives both domestically and internationally.
As a research scientist, Dr. Hartley has led research projects focussed on developing new technologies for applications in drug delivery, energy storage, water treatment and petroleum recovery. Dr. Hartley has occupied senior research leadership roles in CSIRO since 2007. He holds an Adjunct Professorship at RMIT University and is a Graduate of the Australian Institute of Company Directors.