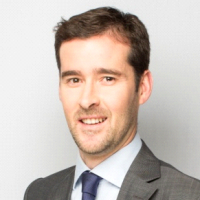 Erwin Penfornis joined Air Liquide in 2000.
He started in R&D in the field of clean energy developments.
He worked from 2005 to 2010 on the structuring of Air Liquide H2 Energy activities in Europe and the development of early markets.

Between 2010 and 2015, he has been Business Development Director in the Large Industry business, in particular for the supply of hydrogen to Energy and Petrochemical markets (Korea, Middle East).

He returned in the field of Hydrogen Energy since 2015, first in charge of Marketing & Strategy for Air Liquide Group.
Over this period, he has led the creation and development of the Hydrogen Council in 2017, with a few other industry leaders, as well as several structuring consortiums in Europe, California, Korea and Japan.
He then took the responsibility of COO of the Air Liquide H2 Energy World Business Unit.
He is now VP H2 Energy, based in Tokyo, overseeing the development of Air Liquide Hydrogen Energy activities for the Asia-Pacific region.