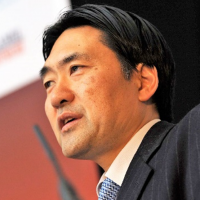 After graduating Tokyo University (Engineering, Naval Architecture course) in 1985, Hiro Yamada started to work for the Japanese Ministry of Transport (current Ministry of Land, Infrastructure, Transport and Tourism).  He experienced various positions at the Maritime Bureau in the Ministry, such as ship surveyor, PSC officer, and posts in planning and legislative sections.  He also experienced a post at the Japanese Embassy in London, attending most of IMO meetings from 1997 to 2000.

As the Director of MED, Hiro Yamada has to deal with many environmental challenges, in particular, reduction of GHG emissions from ships, marine plastic litter and various ocean issues.