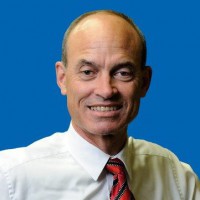 Minister for Energy and Emissions Reduction
Government of Tasmania, Australia

Born and raised on a farm at Hagley in northern Tasmania, Guy Barnett gained a law degree and Master of Laws at the University of Tasmania.  Guy Barnett worked in a Melbourne and Washington DC law firm before he established and managed his award winning government and public affairs business based in Hobart and Canberra.

After almost a decade representing Tasmania in the Senate, Guy was elected to the Tasmanian State Parliament in 2014 and now serves as the Minister for Primary Industries & Water, Energy and Emissions Reduction, Resources, Trade and Veterans’ Affairs.

Guy is also a Diabetes Australia Ambassador and an author of several books including, ‘Our Heroes, Tasmania’s Victoria Cross Recipients’ and ‘Make a difference – a practical guide to lobbying’.

Guy is married with 3 children, and enjoys cycling, tennis, squash and fishing.