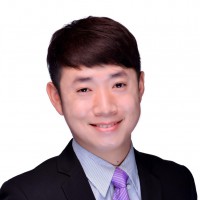 Dr. PENG Xiaoyang received his B.Eng degree in Electrical Engineering from Wuhan University, China in 2010, his M.Sc. degree in Power Engineering and his Ph.D in microgrid from Nanyang Technological University (NTU), Singapore in 2011 and 2016 respectively. He started his career with ENGIE Lab Singapore in 2016, working as a research engineer. He is currently a program manager in ENGIE Lab Singapore, the APAC R&D branch of ENGIE group, and managing all the topics relating to smart grid technologies, renewable energy integration and decarbonization solutions. He has been working on the frontline of green technologies within ENGIE, which itself is one of the world’s pioneer in carbon neutrality. He is managing the flagship project of the APAC R&D centre, Project SPORE under the ambitious REIDS initiative in collaboration with NTU, other industrial partners and government authorities.