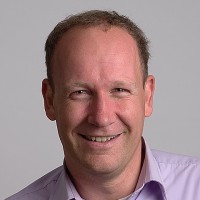 René Peters is responsible for innovation in gas at TNO, a Research and Technology Organisation of the Netherlands (www.tno.nl). This includes research on production of gas, gas transport and storage, biogas, LNG and Hydrogen. He is leading the North Sea Energy program on system integration in offshore energy (www.north-sea-energy.eu). He received this PhD thesis at the Eindhoven University of Technology in 1993. He started his career at Shell Research (1993 – 1998), after which he served in several technical, commercial and managerial positions in TNO since 1999. His current position is director gas technology, where he is also managing the Dutch National Innovation Program on Geo Energy.  Peters is chairman of the European  Forum on Reciprocating compressors (www.recip.org). He is an advisor to the Dutch Government as a member of the ‘’council of experts’’ for the Ministry of Economic Affairs, and, he is a board member of the IRO branch organization for the supply industry for offshore oil and gas and renewable industry since 2016.

In his current role in TNO, Rene is working on Orchestrating Innovation, i.e. setting up international public-private partnerships in innovation in order to accelerate the energy transition. In these consortia, private companies and public organisations are working together with knowledge institutes and universities on long term mission oriented innovation programs. The programs are funded by Topsector Energy and industry, and have a collaborative character.

One example of such a program is the North Sea Energy program (www.north-sea-energy.eu) in which over 30 organizations are collaborating on system integration of offshore wind and offshore oil and gas in the North Sea to grasp opportunities for reuse of existing infrastructure for CO2 storage and Hydrogen production