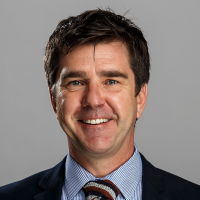 Rob has an MSc in chemical engineering and a PhD in Applied Thermodynamics from Delft University of Technology, the Netehrlands. Rob started his career in Yara in product and technology development for fertilisers. Since then Rob held several management positions in Yara production (Urea, ammonia and nitric acid), of which 10 years in ammonia, including the General Manager role at Yara Pilbara, Western Australia. Currently Rob works as VP Ammonia Energy and Shipping Fuel in the Climate Neutrality team, with a focus to bring green ammonia at scale, contributing to the Yara target of  climae neutrality by 2050 in the full the value chain.