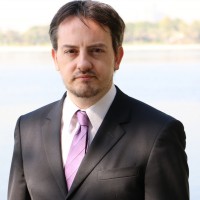 Robin Mills established Qamar Energy in Dubai in 2015 to meet the need for regionally-based Middle East energy insight and project delivery. He is an expert on energy strategy and economics.

He has led major consulting assignments for a variety of international energy companies and governments on energy policy, renewable energy, carbon capture and storage, hydrogen, oil and gas upstream and LNG.

He is non-resident fellow at the Columbia University SIPA Center on Global Energy Policy, the author of two books, The Myth of the Oil Crisis, and Capturing Carbon, and editor of Low Carbon Energy in the Middle East and North Africa.

He holds a first-class degree in Geology from the University of Cambridge, and speaks five languages including Arabic.