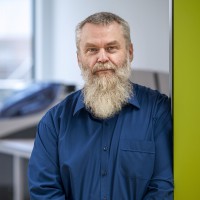 Steve manages an international portfolio of research projects and relationships with industry, academia, and governments in his role as Global Head of Research for the Star Scientific Group.

He is responsible for setting and aligning the research, development and deployment efforts to support the Group’s direction.

He has a Masters in Astronomy from Swinburne University. Radio astronomy and rocketry remain his passions and is where he first developed his love of hydrogen. He drew upon his astrophysics knowledge when he joined Star Scientific in 2007 and began work on the Company’s Muon Catalysed Fusion project. While working on MCF, Steve and colleague Sam Kirk discovered the phenomenon that is now the foundation of the Company’s HERO® technology.

Steve is also involved in the development of industry standards to cover hydrogen and associated technologies in Australia, with Standards Australia. This will contribute to the standards put forward by the International Standards Organisation’s (ISO) Hydrogen Technologies committee and all the other affiliated bodies around the globe.