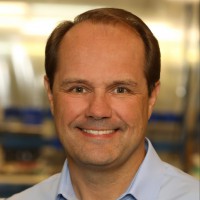 Steve Kloos is Chief Executive Officer of AquaHydrex and a member of its Board of Directors. Steve led the True North Venture Partners thesis on hydrogen that resulted in the creation of AquaHydrex and has been active with company through its journey. Steve is also a Partner with True North, a firm that invests in early-stage disruptive innovations in water, energy and sustainability and supports those companies on their journey to transform and lead global industries over time.

Steve is a Director of Current, a non-profit for water innovation, and was the organization’s founding Board Chair for five years. He serves on the ImagineH2O Advisory Board, is a judge for the Global Cleantech 100, and previously was a formal advisor to the Singapore government on their plans for advancing the water sector.

Steve worked in various leadership roles at General Electric in the US and Asia, including serving as Advanced Technology Leader for the water business, being a member of GE’s venture capital team, founding and leading GE’s Singapore Water Technology Centre at NUS and founding and leading GE’s water R&D team in Shanghai. Steve started his career at Osmonics doing membrane R&D and he holds a PhD in Chemistry from North Dakota State University.